Child abuse is a topic than many people get confused by, mainly parents. Parents always get discipline and abuse mixed up. They‚Äôll say they‚Äôre just disciplining their child for misbehaving when if you look closely at the child‚Äôs action and the parent‚Äôs response, you‚Äôll see a big difference. Some parents will take out their rage from their stressful day and put it on their children. Sometimes parents have a bad day will give a punishment that doesn‚Äôt fit the crime. Examples of this would be locking a child in a cage, beatings until they bleed or are unconscious, causing traumatic events, or even restricting basic survival needs (water, food, etc.).Learn more.

Police are also to blame for abuse since they can be corrupted easily. Besides having a stressful job of chasing people who always ‚Äúmisbehave‚Äù they might take their ‚Äúauthority‚Äù too far. Many people and policemen say they ‚Äúare the law‚Äù and they are here to ‚Äúserve and protect‚Äù, but that doesn‚Äôt give them the privilege to ignore the law. Some will think that they really ARE the law, and this gives them the right to attack more brutally when things become more personal with the crook. It‚Äôs not right or fair. they need to respect the law just as much as anybody else, maybe more. Some law enforcers eventually feel the need to attack or strike a criminal, but they must do it only when necessary whether it is to prevent an escape or to prevent a dangerous chain reaction. If a law enforcer is doing more damage than protecting they can be immediately suspended or even removed. 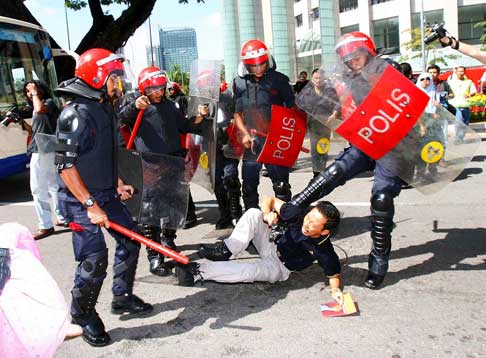 What you think is a loving relationship can soon turn into a nightmare. Every year, over a million people are victims of domestic violence. Domestic violence is abuse from a family member, such as a husband or parent. Domestic violence often happens because the abuser is mentally ill or suffering from alcohol addiction. So if someone is being abused, why can‚Äôt they just leave?

Well, there are several reasons why. First, they might need financial support from the abuser. If they have children, they could be afraid of losing custody to the abuser. One of the saddest reasons is that some victims actually think it‚Äôs normal to be abused because they have lived in that kind of environment their entire life. Some victims are just afraid the violence will get worse if they leave.